I hope the US, Canada, Ukraine and the EU are happy to learn what their vote AGAINST the proposed UN resolution on combating the proliferation of Neo-nazism and similar ideologies may have unleashed once again upon Jewish people.
I wonder if there might be any link between the recent vicious criminal attacks against Jews and their memory, and the reluctance to clearly condemn Neo-nazism, anti-Semitism and xenofobia?

«“This march is particularly offensive because it is taking place where locals and Nazis murdered more than 10,000 Jews in one day,” Dovid Katz, a US-born Jewish scholar who moved to the capital Vilnius 16 years ago told the daily. 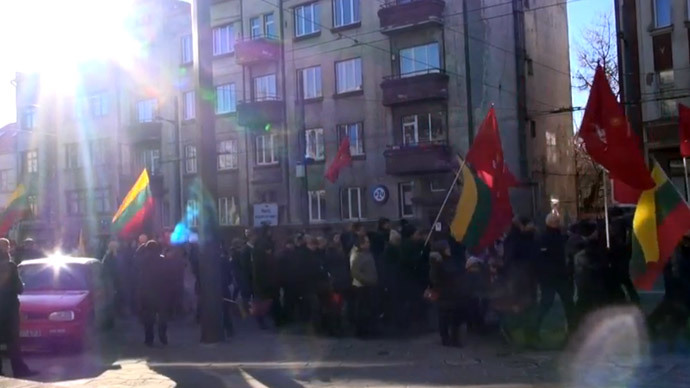 Katz, who edits a website called DefendingHistory.com, was referring to Kaunas massacre of October 29, 1941, where Nazi death squads, collaborating with Lithuanian partisans, killed 2,007 Jewish men, 2,920 women, and 4,273 children in a single day. It was the single worst massacre of Jews in the Baltics during the war.“»