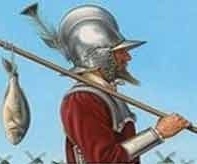 I do have quite a -proven- record of linguistic maverick-ism, to the sometimes loudly outspoken frustration of some of my fellow writers, critics and others (writers and critics maybe in their own right, but not mine).
Convinced NoamChomsky-st, applying his

to “the letter”, I sometimes pride in “assembling” (all right…, have it your way: “coining”… duh…) novelty concepts mirroring needs risen amidst my own creative storms…
That’s exactly how the title giving weirdos have… how should I say… come up, while -recently- attempting to explain a very promising writer why the “smaller” details of his texts reveal about -both- his writings and his very own self, much more than any other, “bigger picture” of them.
Yes, from my very deep personal point-of-view, poetry is -or at least should be-, lyrics to the sweet whispersome song-child of a writer’s known or unknown wandering, with his known or unknown daimon / daemon…
Having said that, I should proceed to explaining my newly discovered concepts, asking myself nevertheless the reason(s) for doing so, because you see, psychoanalyrism is the new “science” of critically understanding a writer’s art from the personal angle of his own thoughts, against the twilighted canvas of his personality, regardless of ALL known standards, except for -of course- the standard need that these be expressed in a language available to the critic’s comprehension, anything else mounting to dictatorial censorship.
So, is there any other reason to explain?
Well, yesno, because while psychoanalyrics should be understood, their understanding is as multidimensionally vast as the uniqueness of every writer’s writing fountainhead, making therefore any such attempt(s) psychoanalyrically futile…

Oh, do I hear well the slowly emerging choir of merciless voices accusing me of bookish insanity and grand Freudian theft?

Yes I absolutely do, and from the heights of my cervantesque saddle, I foolly agree!