According to the BBC, “Pope Francis has defended freedom of expression following last week’s attack on French satirical magazine Charlie Hebdo – but also stressed its limits. The pontiff said religions had to be treated with respect, so that people’s faiths were not insulted or ridiculed.”

My respectful question to the “pope”, and all YOU religious faithful, is this: aren’t non-religious people entitled to the same degree of respect, a life free of insults, or threats, or ridicule, to the use of which you feel to have been commissioned by the object/subject of your religious beliefs?
And if you don’t remember when you have disrespectfully insulted and ridiculed us, let me respectfully ask you the following:

So mr. “pope”, and all YOU religious zealots, why do you think we have to quietly swallow your ongoing slanderous attitude, while being expected to respect the very grounds through which you feel entitled to insult, threaten and ridicule us, our lives, our families, our children, our right to a life of peace and dignity?

Would HYPOCRISY be an appropriate alternative to categorize YOU? 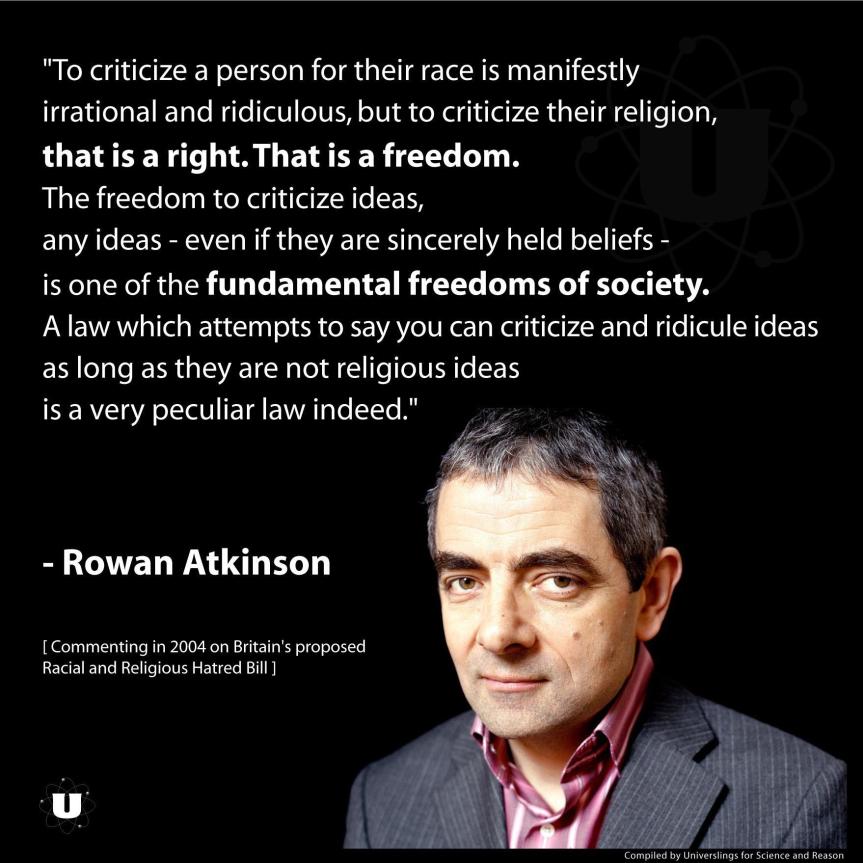 11 thoughts on ““Freedom of speech has limits – Pope””